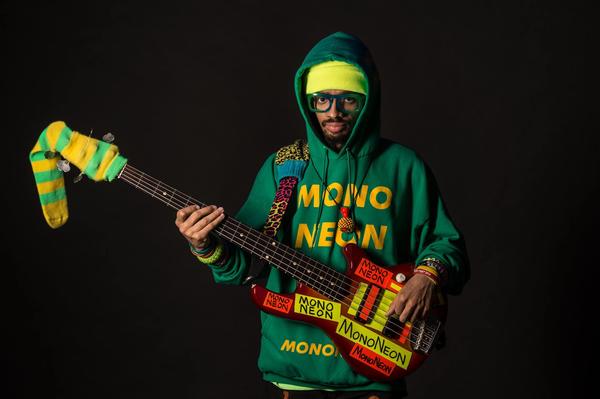 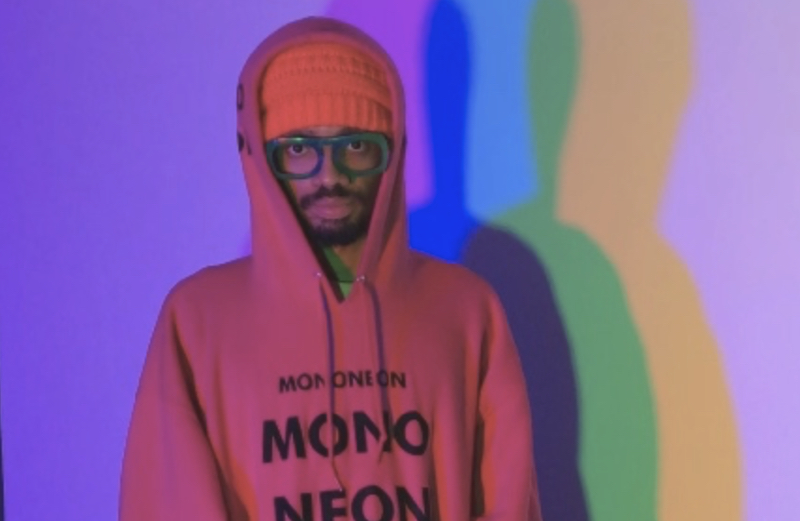 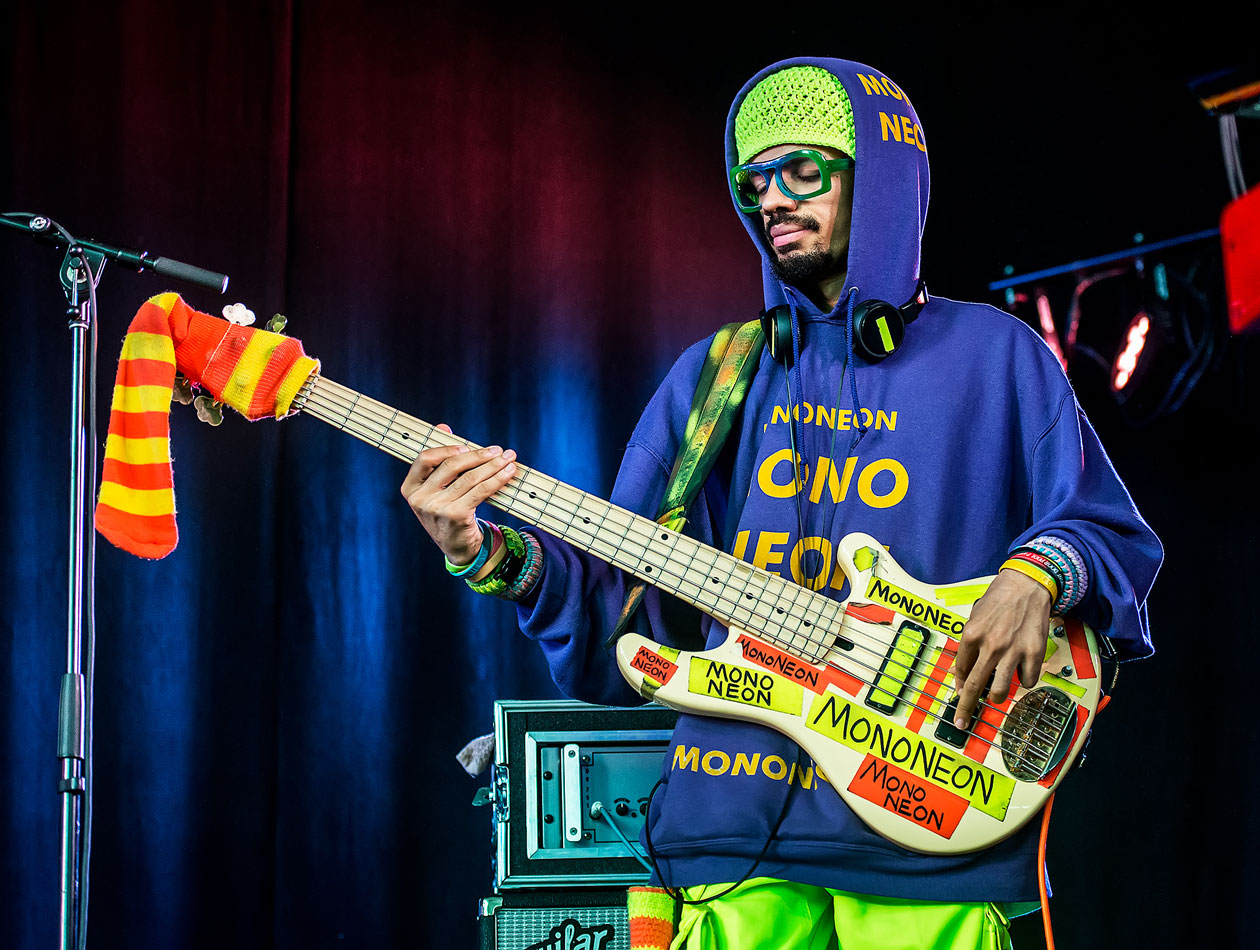 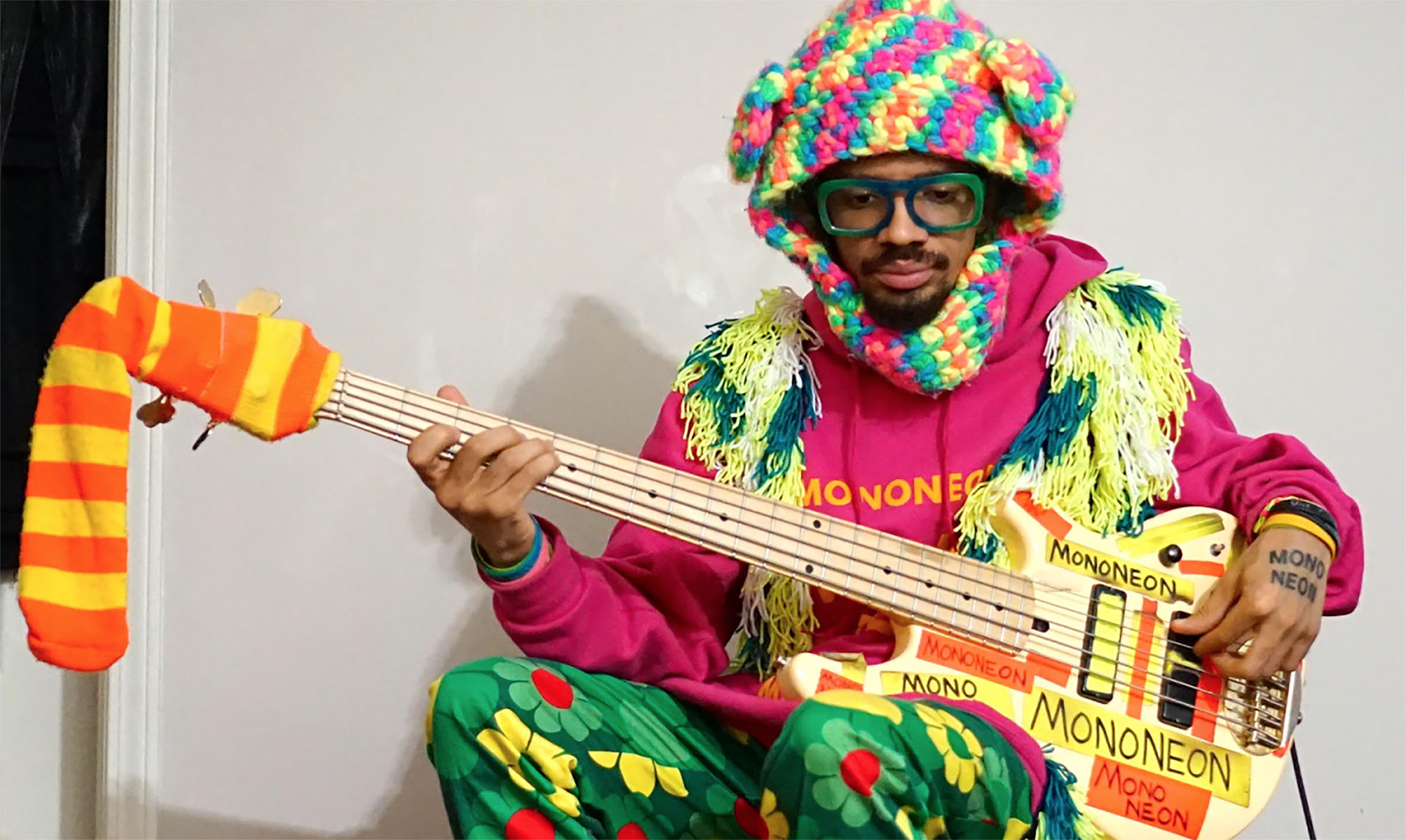 Dywane Thomas, Jr. also known as MonoNeon, is an American bassist and experimental musician. He is known for his presence on YouTube playing bass guitar and known for being one of the last people to work with Prince. Thomas also played with Grammy Award-winning R&B artist, Ne-Yo, on his fourth studio album. He is a native of Memphis, Tennessee.

While Thomas is right-handed, he plays left-handed upside down on a right-handed bass guitar, which allows him to use heavy string bending on the upper strings. Thomas' slapping style/technique is unique because he is executing everything upside-down, but he still uses the thumb for slaps and fingers for pops. He also uses fingers and palm muting to create a warm, muffled timbre and have a little more control over the length of notes. In a free/improvisational setting, listeners may hear the use of Indian melodic inflections/embellishments in his playing, including the use of gamakas. Another attribute in Thomas' playing style is the use of randomness and personal mistakes in performance, eventually moving the mistakes from meaningless to meaningful. Thomas' overall playing style on bass can be described as "funky with unusual characteristics". Even musicians like Marcus Miller have noticed his playing style. His musical background is heavily influenced by southern soul, blues and funk. In a Bass Player magazine interview, Miller mentioned Thomas as one of several "young bad cats" he has met on the scene.

In 2015 MonoNeon began playing bass with Prince and his protégé, Judith Hill. Some of the live shows have been at Paisley Park. On 11 January 2016, Tidal released the track Ruff Enuff by MonoNeon, only four and a half days after its initial recording. The instrumental track features Prince as producer and on keyboards. The following day, the track was replaced with a vocal version with lead vocals on vocoder by Adrian Crutchfield.

The linernotes provided with the track state:

"You may recognize Kirk A Johnson on drums, MonoNeon on bass and Adrian Crutchfield on sax and electric woodwinds as the house band 4 Prince’s Paisley Park After Dark Jam Sessions. Well, that’s not all they do. 4 the past week they’ve been cutting basic trax 4 their as yet untitled debut album. With Prince producing and handling the keyboard & guitar duties, the set promises 2 b picking up right where Judith Hill’s BACK IN TIME left off. These brothas murder the funk! Normally they wouldn’t let a track out until it’s finished, but this one had 2 go! It was ruining everybody’s good loox. If U think U can resist the funk, check out the key change of Mono’s bass solo at near 4 o'clockmark."